Snowed in with Internet, phone, and the miraculous bed heater

Italy is snuggled up under a blanket of snow after the second big storm in a week. Last Friday, our drive to Umbria from Rome, normally a two hour trip, took eight hours.
We were stuck twice in snow and ice climbing the hill to San Terenziano from Todi Ponte Rio. When we finally arrived on Via Palombaro, we were forced to leave our car at La Casetta Rosa and walk down through the drifts to Yellow House. Luckily we were bundled up in thick coats and fur hats, accumulated during our days living in
Boston. It was dark and we picked our way in the light of a tiny pocket flashlight--we expect adrenalin rushes when we visit the Namibian bush, but not here in the placid countryside.
And yet, unlike the inhabitants of this house a century or more ago, we have the Internet, Satellite tv, space heaters for our feet, and the magical body sized heating pads that go under the bottom sheet of the bed. (If you ask me, this latter invention ranks right up there with the creation of pizza).
Like our forebears, we are busy keeping the fire burning and the soup pot bubbling on the stove. The water taps are dripping and we've put on the snow tires in case our neighbor is able to clear the road with his tractor. We are well stocked with pasta, vino, and cat food for Winona.
So far, so good.
PS The bottle tree is holding its own in the snow, reminding us of blue skies and summer sunsets. 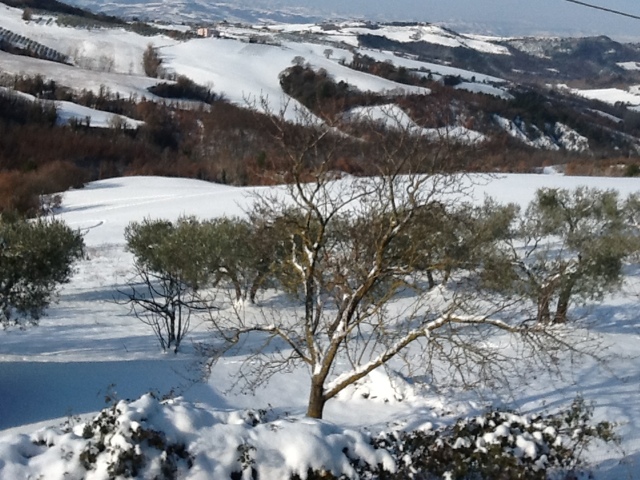 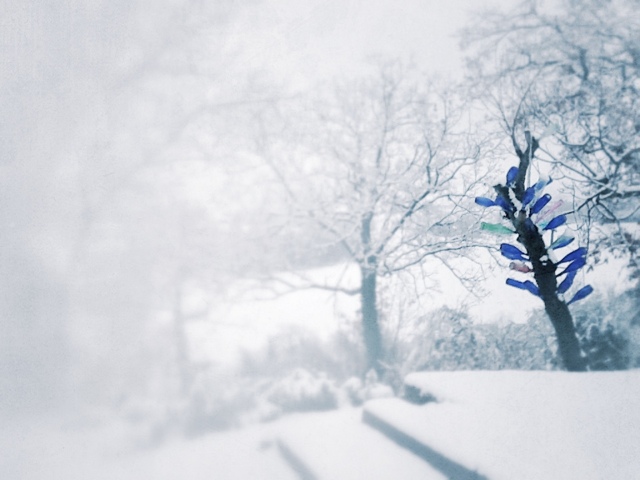 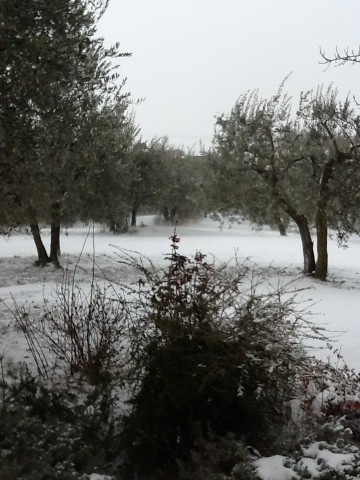